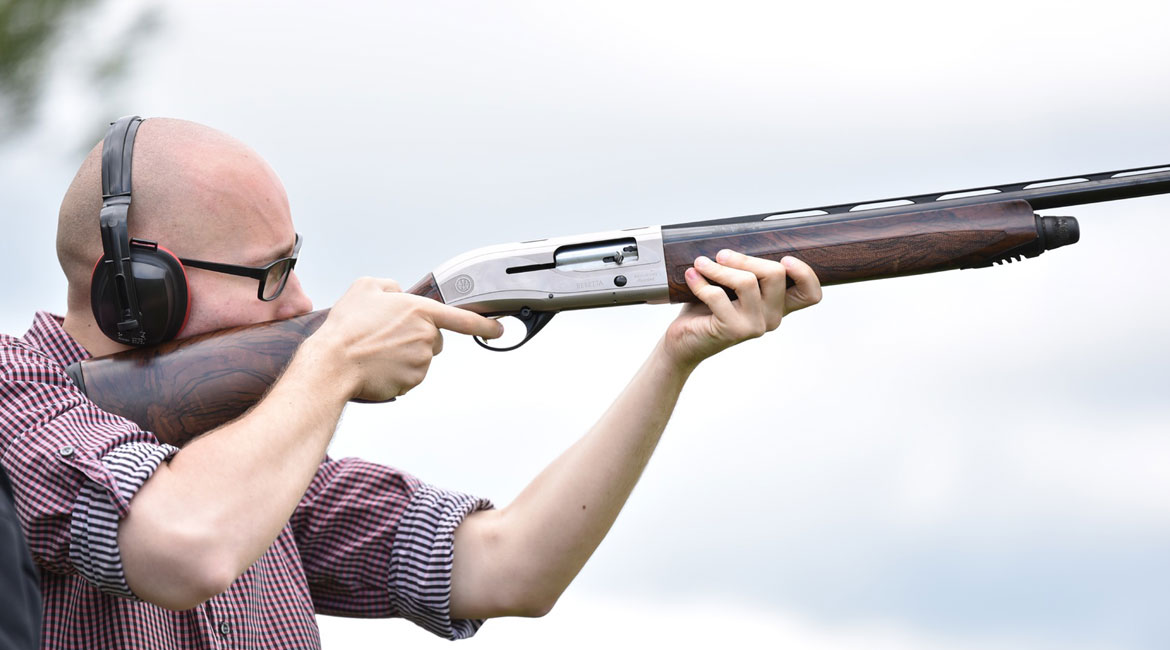 Trap shooting’s continual growth and expanding popularity is due to the fact that people of all ages, incomes and abilities can compete. Nine year old boys shoot alongside 90-year-old men. Many 70-year olds’ have been in the sport 55 years and some began just two years ago. Trapshooting’s participants include millionaires and hourly wage earners, inventors and businessmen, former sports figures in other fields, professional men, farmers, truck drivers, musicians, actors, students and housewives.

The shooter is required to shoot at a target after he calls “pull”. It does not matter in scoring if the shooter hits only a small piece of the target or whether he shatters the target. The target is considered a “dead” or “lost” bird. If the target is hit it is “dead”. If it is missed it is “lost”.

Singles is considered to be the easiest of the three disciplines. In singles, the shooter stands 16 yards away from the center of the “trap house” and shoots at random targets that fly at various angles in front of him/her. Shooters are grouped into squads, usually made up of up to five people. There are five positions that each shooter shoots from, shooting five shots at each, for a total of twenty-five shots or one round. This gives participants a different view of the target flying through the air. Each position is a constant 16 yards from the trap house, each one is spaced three feet apart forming a small arc.

Handicap is considered the most prestigious event in trap shooting. As in other sports, handicapping strives to make the competition equal. The is accomplished by having the more skilled competitors stand further away from the trap house. Based on a shooter’s past performances, a shooter is assigned a handicap distance which he/she must shoot. A competitor with a high handicap will shoot no closer than the 18 yard line, while the most skilled shooter is placed at the 27 yard line.

The shooting sequence is as follows:

A round of skeet consists of 25 targets, with 17 shot as singles and 8 as doubles or pair.  Doubles or pair are two targets thrown simultaneously.  Skeet is shot in squads of up to five shooters. They move from station to station around the half moon, ending up in the center, at the end of the round.

During a round, skeet allows for an option.  This occurs at the first miss and the target can be repeated.  If no targets are missed during the round, the last or 25th target is shot at the last station, low house 8.

Any gauge shotgun, 12 gauge maximum, may be used, of any type, as long as it can fire at least two shots. The preferred shot size is #9, but nothing larger than 7-1/2, 1 1/8 oz should ever be used. Since strength is not a factor, women are able to compete equally with men. Left handed shooters do just as well as right.

Five-Stand is best described as putting trap, skeet, and sporting clays in a blender and Five Stand is what pours out.  There is a line of five “stands” for shooters and a number of launchers arranged in front of the shooters, to their sides and even behind them.  Shooters are presented five targets at each shooting stand, 25 targets in all.  The first target at each stand is a single.  Target two and three are thrown as a designated report pair or after the shooter fires at the initial target, the second target is thrown.  Target four and five is a true double or pair, two targets thrown simultaneously.  For those who have shot skeet, this would be similar to skeet stations 1, 2, 6 and 7.  This is repeated at each stand or station.

Five Stand can be more exciting than trap and throws a wider variety of patterns than skeet.  The game offers several different skill levels and utilizes six or eight automatic traps to simulate game birds.  For hunters, it’s a great game, giving you the chance to work on shots simulating everything from fleeing rabbits and flushing quail to ducks dropping into a set of decoys.

For Trap it is every Saturday morning and Every Tuesday night of every month.

Skeet will be every 2nd and last Saturday of the month-same hours as trap.

5 Stand is the third Saturday of the month-same hours as trap. 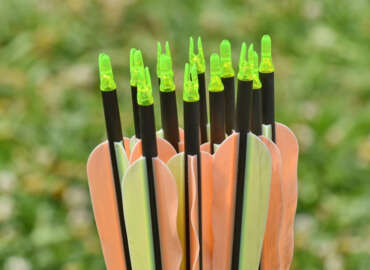 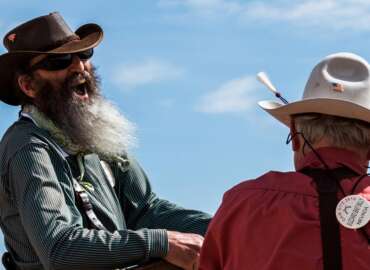 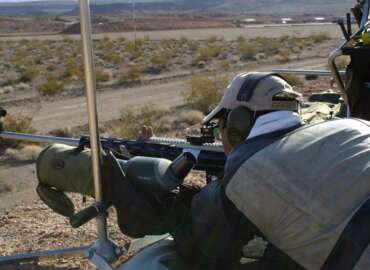 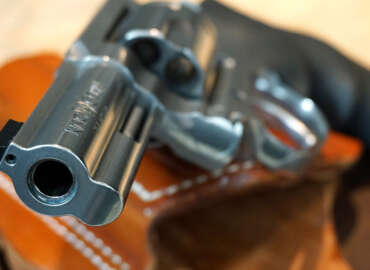 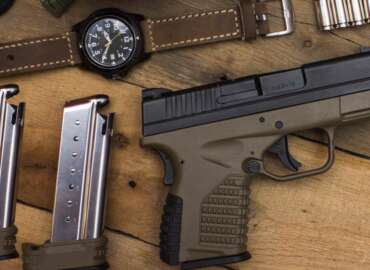 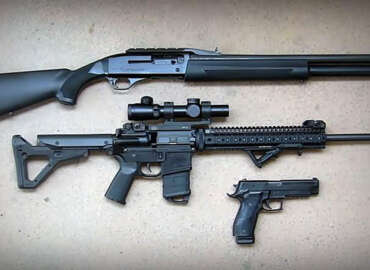 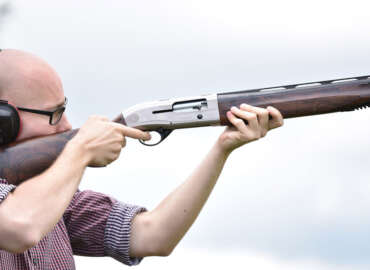 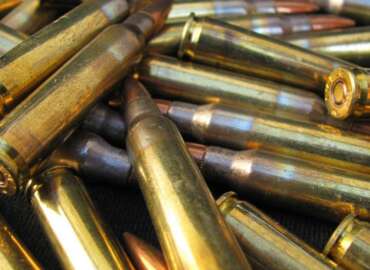 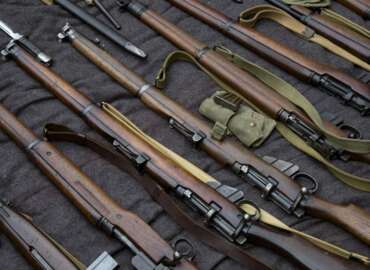